I hadn’t devoted too much thought to energy before joining Bodhi, but 49 hours with no electricity and heat amid subfreezing temperatures changed this.  When my phone was on the brink of death and my toes became painfully numb, the USB port inside my frozen car represented my only hope for power and warmth.  Below is my story during Winter Storm Uri, and I hope it will help spark meaningful change in the Texas energy sector.

Snow?  In Texas?!  Like most who are seldom around it, I was absolutely elated at this extremely rare opportunity to stomp around in the snow, create snow angels and snowmen, and perhaps even find a steep hill to sled down -- all conveniently within the proximity of my neighborhood.  Over the course of Sunday evening the flurries fell and gradually picked up speed, and by 11:00 PM they had deposited a thick layer of fresh powder on the ground.  I wasted no time suiting up in my Breckenridge gear from past travels to experience the truest sense of a winter wonderland Austin had seen in decades.

When I decided I had endured enough of the -2°F wind chill on my walk around the block, I left deep footprints on the way back home and was all too enthralled to bask in the warmth of my heated living room.  Had I had the foresight to know what was to come in just a few short hours, I would have somehow bottled up all the warmth I could.

At 2:07 AM Monday morning, my power was shut off without any sort of prior warning.  I woke up frigid, with the temperature in my home having dropped down to a cool 53 degrees over the span of 5 hours.  With the battery power dwindling on my phone, I quickly turned to Reddit and Twitter in search of answers.  After a few minutes of browsing I was led to an Austin Energy outage map riddled with all shapes and sizes of red and orange, varying in the severity and impact of each outage.  It turns out I was far from the only one left in the dark, so to speak.  With little explanation from our city leaders at the time, people were coming to their own conclusions.  For example, among angry Twitter comments, I even found speculation about some higher-income areas not showing any power outages because they were prioritized to be restored first (or never even lost power at all).  Was this now a political issue?

In the first 8 hours following the outage, I targeted my frustration toward Austin Energy, my utility company.  According to everything I had read online up to this point, wasn’t “the plan” to execute rolling blackouts throughout the city?  40-minute cycles of no power would’ve been a mere inconvenience, but the temperature in my home had now declined to the mid-40s.  This was uninhabitable and unsafe if it continued for an extended period of time, yet there was no ballpark as to how long the blackout would last.  The emails I received from Austin Energy to “conserve power now” were in poor taste -- salt in the wound, really.  I didn’t have a choice to do anything other than “conserve power now” because I didn’t have any!  Hungry and annoyed that others were just lucky enough to be connected to “critical circuits,” I snacked on some stale pistachios in my pantry.  It didn’t occur to me until I was without it that electricity was a necessary ingredient in much of the food I enjoyed.

Later Monday morning, when a few fellow community members and neighbors posted about the likelihood of the outage persisting for 36+ hours, I had an increasing need to know why.  And that afternoon, now 13 hours after I’d lost power, when Austin Energy held a press conference attributing ERCOT for the prolonged outages, estimating Tuesday afternoon for it to be restored, I also needed to know: who is ERCOT, and where was their sense of urgency to fix all the problems they’d caused?  Who was holding ERCOT accountable?  With ERCOT in all the headlines, they were the first to blame in my eyes, with lack of regulations and poor state legislation as close seconds.  Nevertheless, there wasn’t anything I could personally do to change the circumstances, so I rounded up all the candles gathering dust in my bedroom and hunkered down for a chilly night in by candlelight.  My memory foam mattress was so cold it hardened to a near-cardboard texture, and the temperature inside was now below 40 degrees.

Tuesday morning rolled around and, while my situation was all I could think about, my optimism hadn’t waned.  I was 75% certain that this was the day I was going to get my electricity turned back on.  By late Tuesday afternoon all the battery power I’d transferred from my laptop to my phone was nearly depleted, so I begrudgingly trudged through the snow on my way to the car outside.  The ice had sealed the driver-side door shut, but I got in through the passenger side and spent the next 3 hours recharging my phone and thawing out my fingers and toes.  As the sun set again, and with no promising news from Austin Energy, it was clear I was spending another night without heat or light.  About 10:00 PM, I huddled close to the fireplace as I lit the last of my firewood.

In the wee hours of Wednesday morning, as I was curled up next to my fireplace, the last of my firewood reduced to ashy coals, I heard a sudden click.  Sounds I never used to acknowledge started drowning out the silence -- the refrigerator was humming, and the ceiling fan I’d forgotten to turn off in my room sounded so loud as the blades started racing at full speed.  Yet, I didn't have much time to process my emotional shock.  I was now conditioned to believe that electricity was a scarcity which only consumers could control, so my guilt had me immediately dashing to my room to turn off the fan.  Irrational as it sounds, I didn’t want to somehow singlehandedly be responsible for shutting down power to all of Texas.

Under normal circumstances I would have been asleep at 3:15am, but after 49 hours without power I craved little more than a steamy cup of hot cocoa.  While slightly lower on my priority list, the thought of a hot shower had definitely crossed my mind, but the water pressure was low, and I honestly didn’t trust that the power would stay on for long enough.  As the temperature took a slow-as-molasses pace climbing up to 60, I crawled onto my cardboard-like bed again, with my body still adorned with 3 layers of clothing and tucked entirely under my blanket again.

A few hours after the sun rose I was relieved to discover the heat was still on.  And for my first hot meal in 3 days, I cooked canned chickpeas for a lackluster breakfast (Unfortunately, everything in the fridge had gone bad and needed to be thrown out).  As I finished washing my plate and began to dry my hands off, I heard a knock on the door.  It was my neighbor telling me there a pipe downstairs had burst from the freeze and the water would be shut off imminently.  My window to take the hot shower I’d now desperately wanted had slipped away.  Now, I found myself dodging melting icicles and scooping snow into H-E-B bags just to be able to flush the toilet.

After such a hellish week without essential utilities, I’m sure I’m not alone in demanding thorough post-mortems among the powers that be -- from the failure to winterize the power plants following the incident in 2011, to the knee-jerk reaction to power down a significant portion of the state amid subfreezing temperatures with no backup plan, to the lack of communication to the everyday consumers of energy who pay their monthly electric bills with the very reasonable expectation that it just works.

I’m flabbergasted to learn that we were mere minutes and seconds away from an entire collapse of the electrical grid at the statewide level.  We’re too rooted in modern-day technology to live without it for weeks on end.  Because this was completely preventable, it’s simply not an option, and there are far better ways to bring forth the sense of compassion we were bestowed by our communities.  I believe energy is a right, not a luxury, and myself and millions of other disgruntled Texans need assurance that should this ever happen again, it can only be excused if due to the likes of another Hurricane Katrina. 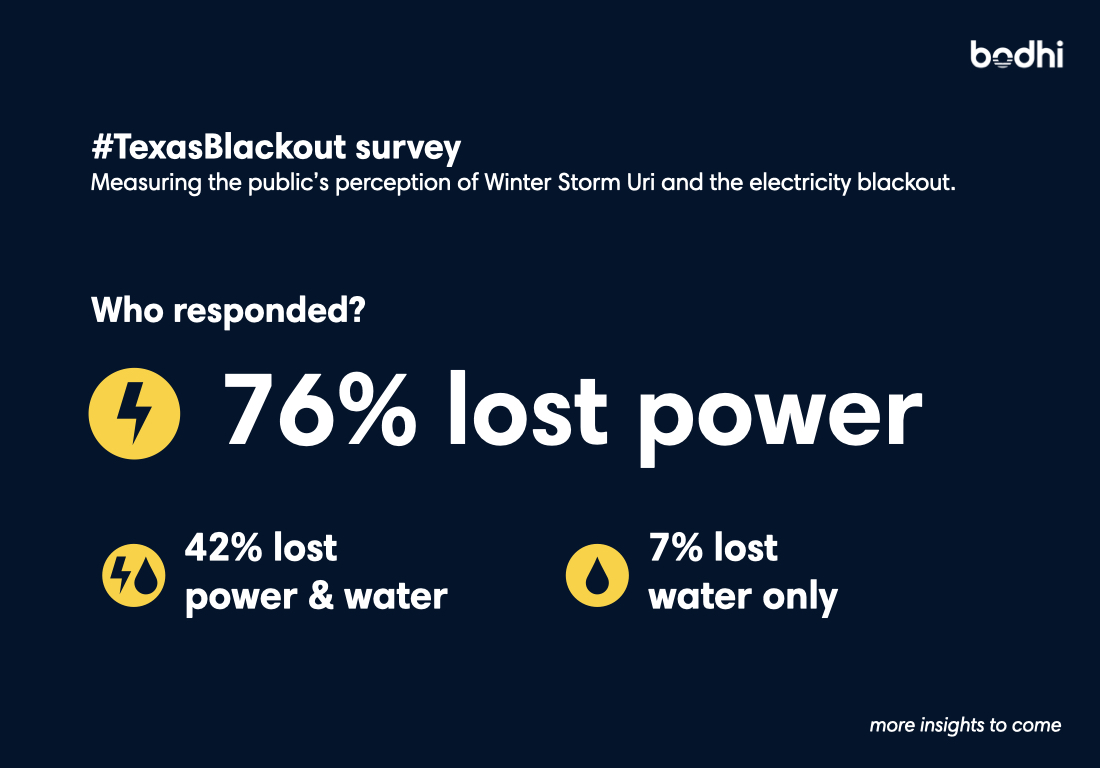 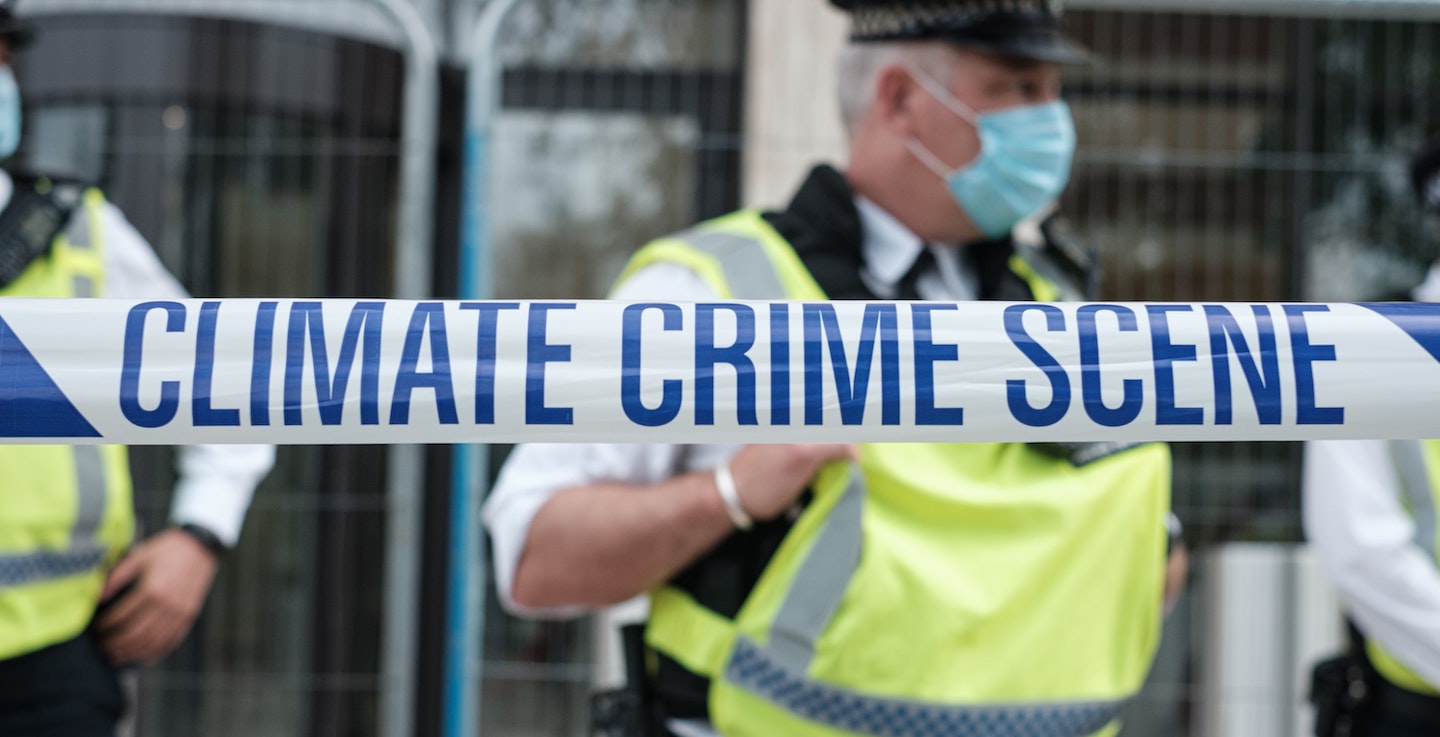 May 10, 2021
Climate shaming and the What the Hell effect