I'm selling batteries, but why are my customers all asking me about the Ford Lightning?

In 2016 when our Head of Business Development, Emmett Miranker, worked in solar equipment distribution, he received a call from one of his favorite contractors who wanted to know what batteries were in stock.  After Emmett read through the catalog and recited storage capacity and price points for various lead acid batteries, the contractor said to him, “Emmett, let me ask you this — Why on earth would I pay that much for a battery when I can buy a used Nissan Leaf with a 24kwh battery for $5,000?”  Emmett realized his chops were being busted, hung up the phone, and moved on to the next quote.

He didn’t realize it at the time, but that lighthearted question was an early indicator of a modern discussion point — what is the relationship between stationary and vehicle-based energy storage, and which technology will emerge to dominate behind the meter storage?

As solar PV deployment grows at exponential rates, so does the need to discharge that energy on demand.  According to solar battery expert, Madeline Acri, Sales Engineer for the eMobility team at Shoals:

How is Madeline so sure?

As most folks in the solar industry will tell you, there are a number of factors at play.  First, for as much as we love solar, we have to acknowledge the simple fact that the natural enemy of the solar panel is the cloud.  Intermittency, and the low capacity factor of solar PV, will limit our ability to deploy solar unless it’s paired with energy storage so those precious solar electrons can be discharged when the sun isn’t shining.  In addition, the megatrend of electrification, technological advancements, and economies of scale have caused precipitous price declines that put incredible battery products within reach of the mass consumer.  Finally, monopolistic electric utilities are feeling the threat of distributed generation.  We’ve seen electric utilities continuously revise solar rate structures to discount the value of back-fed solar kilowatt hours.  This has incentivized consumers to store their energy instead of selling it back to the grid.  And, how could we not mention the 10 year, 30% federal tax credit that applies to energy storage which was passed into law this August?

Let’s take a look at Hawaii, the nation’s solar attachment leader.  They are lightyears (pun intended) ahead of the US battery market.  With a near 90% attachment rate, Hawaii paints a very bright picture of a future where installers sell solar plus storage as a package deal.

Of course, there were unique circumstances that led to Hawaii becoming the poster child of the solar storage market.  Hawaii’s dependence on importing fossil fuels led to exorbitant energy prices, which caused many homeowners to turn to solar as a way to offset their electricity bill.

"Hawaii's high energy rates and lack of net metering highly incentivize the installation of batteries.  On Hawaii Island, the average residential retail rate of energy is 50 cents/kWh, but the utility only credits customers 10 cents/kWh for solar energy that is sent to the grid.  Therefore most customers decide to install batteries, so that rather than send their valuable solar energy to the grid, they use it to charge the battery that can power their home at night."

Of course, what used to be unique to Hawaii is now commonplace in the rest of the US.  The ITC’s new storage quotas and the incredibly high energy prices are motivating many homeowners to go solar and incentivizing them to attach storage.

What do present day solar plus storage systems look like?

From unreliability due to weather or season, to broader supply and demand issues, storage means that your solar systems can still metaphorically shine, even in the worst of circumstances.  Storage allows you to sell homeowners on the promise of a reliable and consistent electric supply, and a resilient back-up system they can turn to even during electrical disruptions…especially handy in our home state of Texas.

What does V2G solar + storage look like? What even is V2G?

The idea behind Vehicle to Grid (V2G) is that since there is a battery in the electric vehicle, we should be able to use that battery to power our home, or backfeed into the grid when needed.

Simply, the way it works is that the home, or grid, charges the car battery.  Later, when grid power is expensive, or back-up power is needed, a special bi-directional charger switches charging direction, and the car battery returns electricity to the home, where it could then potentially reach the grid.

The Ford F-150 Lightning is one of the first mass market electric vehicles to support and market this functionality.

How is V2G relevant to us in solar?

Sales reps hate it, but it will come down to price.  The standard-range trim of the F-150 Lightning starts at $42,000 and includes 98 kilowatt-hours of usable battery capacity.  A Tesla Powerwall, a leading stationary battery, includes 13.5kwh of capacity and costs about $10,500.  A prospective energy storage customer with a basic comfort around a calculator will be able to determine that 98kwhs of Tesla Powerwall storage will set them back over $80,000, while the electric version of the world’s most popular truck can provide that energy storage capacity at about half the cost; plus, as Car and Driver notes, “you get a truck for free.”

This reminds us of the Nissan Leaf anecdote, and in fact, one savvy start-up, B2U solutions, is using old EV batteries for their utility scale energy storage projects for this very reason.

So, what is the Ford F-150 Lightning offering?

Though we are many years away from a large-scale roll out of V2G, emergency battery back-up functionality is now available.  (Most notably through the Ford Lightning!)  Homeowners that have made the investment and adopted the technology are seeing some undeniable benefits.

The F-150 Lightning can support V2G when the requisite options are purchased with the truck.  The truck’s “Intelligent Power Backup” could help provide your home with electricity for three days as it delivers up to 9.6 kW of power.  This EV uses a Combined Charging System (CCS) connector and features bidirectional charging, making it the first of its kind and much more efficient.

V2G also offers a much higher storage capacity than most batteries, and because it’s literally a mobile battery, homeowners can take their storage to their next home.  Further, homeowners may begin to view it as a dual investment, since it provides the value of both a car and energy storage.

Drawbacks from the F-150 and V2G technology

However, at least today, we wouldn’t recommend that solar installers generally endorse the F-150 Lightning over traditional stationary batteries for homeowners.

Challenges with V2G adoption include the EV manufacturer’s concern that it may impair the EV customer experience by inadvertently degrading the vehicles batteries with additional cycles.  Many risk-averse utilities have also been slow to accommodate this cutting-edge technology.

Additionally, in order to harness the Lightning’s energy, homeowners need to install the brand’s own Charge Station Pro.  This charging station acts as an intermediary between the truck and home and is connected to the house’s electrical panel through a Home Integration system, which also needs to be added to your electrical grid.  Through this system, the car and home can engage in a bi-directional power flow.

What is the future of solar plus vehicle storage?

We’re still in the early days of V2G technology development and regulations.  Bidirectional charging stations are still only for the early adopters, as they require complex software and hardware technologies that will require high customer tolerance.  With all the additions necessary to home electric grids, high prices, and unknown regulations, it’s unlikely that your potential customers will want to move forward with this version of solar plus storage right now.

Still, you can bet that engineers and researchers are hard at work on the next generation of vehicle to grid/home batteries.  Because electric cars just sit around in people’s garages when they’re not driving, the ability to harness their excess energy could completely transform the solar industry and fully launch our future of solar plus storage.  The advancement of V2G is one of the best levers we have to continue to promote home electrification.

Canary Media reports that electric buses, due to their large batteries and predictable operating hours, could be ideally suited for V2G applications.

In the coming years, we expect to see competition in the home energy storage market between battery manufacturers and the largest automanacturers including Ford, Nissan, GM, and others.

The future of solar is better energy storage

Whether we begin implementing V2G storage systems, or continue manufacturing and improving stationary storage, one thing is certain:  The future is solar plus storage.  With the world’s megatrend of electrification, more and more homeowners will soon want to attach storage to their solar systems.  That’s why it’s worth it to begin thinking about how your solar business can start offering solar plus storage now.

Besides growing your company’s product portfolio, offering solar plus storage also increases a customer’s lifetime value.  Forget just one battery — with stationary storage it’s easy to stack and add batteries to increase a system’s capacity.  By providing these products alongside an incredible customer experience, you can ensure your homeowners turn to your sales team in order to upgrade storage, increase it, or attach it in the first place.

If you need help delivering that customer experience, we can help.  Here at Bodhi, we help solar installers build strong relationships with homeowners post-install to increase your brand’s memorability and awareness.  That way, when homeowners are looking to attach storage, find out more about V2G, or learn about electrification in general, they’ll turn to you — the installer that made their solar journey exciting and easy.

If you’re looking to make those high CAC profitable by increasing your customer’s lifetime value, or want to find out more about how your company fits into the future of electrification, we’d love to talk to you!

Recent posts
Solar customer expectations and how they impact solar installer operations
Comparing solar referral program types (and how you should use them to win more deals)
I'm selling batteries, but why are my customers all asking me about the Ford Lightning?
How to improve your solar business: 3 foundational strategies 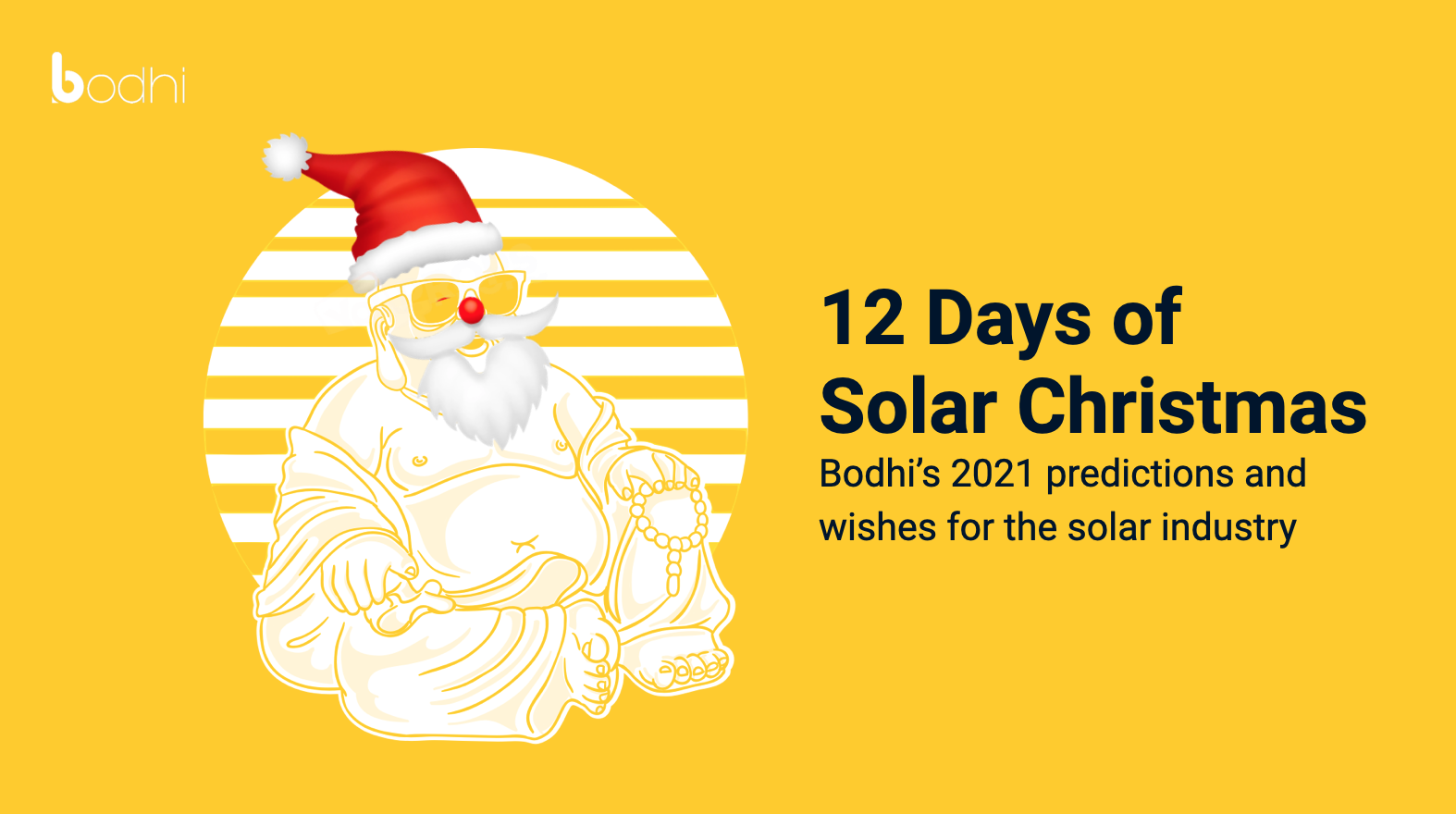 October 7, 2022
The best referral sources for a solar company 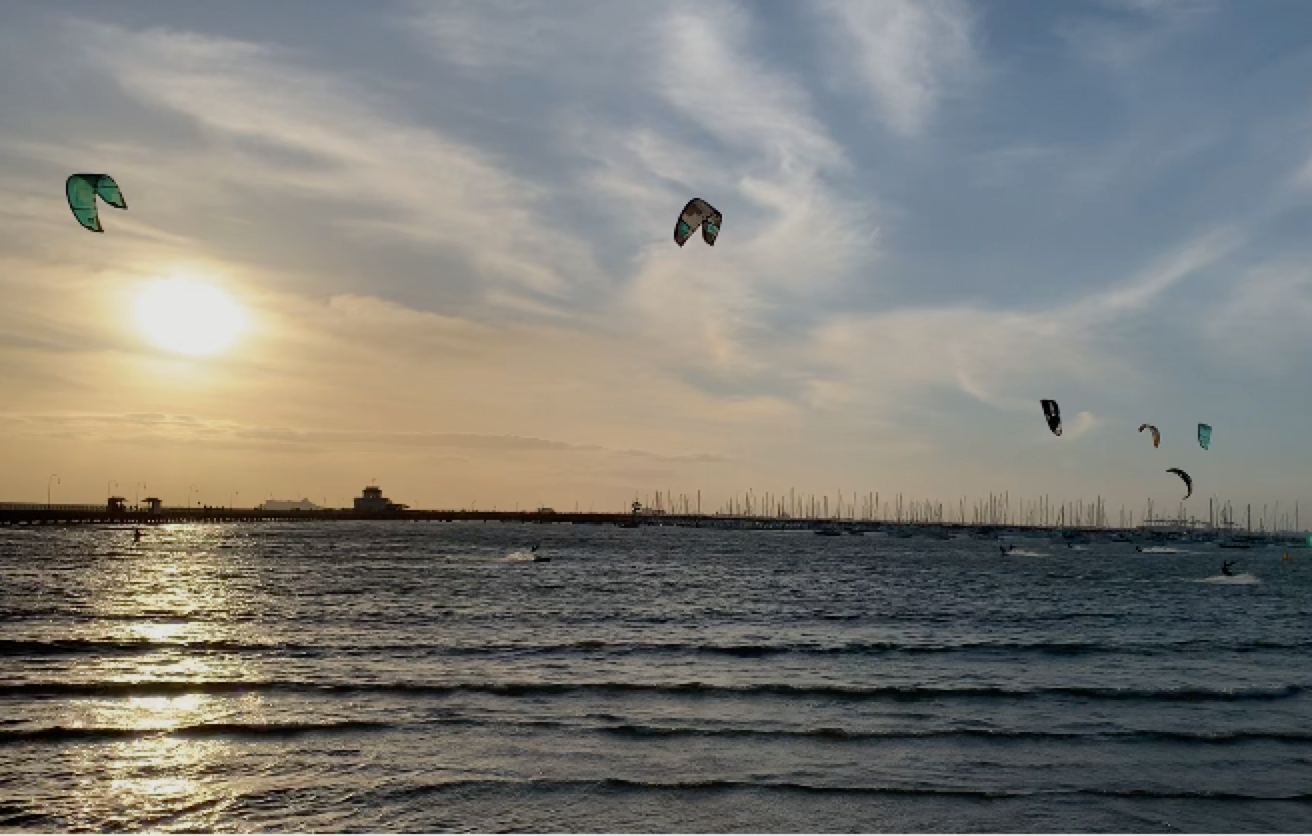 April 15, 2021
Two big opportunities For US solar: Lessons from Australia